Remain Healthy During a Pandemic: Seth Quotes on Health and Epidemic 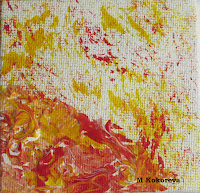 I was never going to pretend the pandemic is not happening. Though my ideas about it might be unconventional.

Here are some helpful Seth quotes (from “The Individual and the Nature of Mass Events” by Jane Roberts, a Seth book):

• "Now if you believe in one life only, then such conditions will seem most disastrous, and in your terms they clearly are not pretty. Yet, though each victim in an epidemic may die his or her own death, that death becomes part of a mass social protest. The lives of intimate survivors are shaken, and according to the extent of the epidemic the various elements of social life itself are disturbed, altered, rearranged."

• "Dictation: <…> To a certain extent, epidemics are the result of a mass suicide phenomenon on the parts of those involved. Biological, sociological, or even economic factors may be involved, in that for a variety of reasons, and at different levels, whole groups of individuals want to die at any given time — but in such a way that their individual deaths amount to a mass statement."

• "The epidemics then serve many purposes — warning that certain conditions will not be tolerated. There is a biological outrage that will be continually expressed until the conditions are changed."

"The individual must feel that his actions count. He is driven to violent action only as a last resort — and illness often is that last resort."

Covid in a lot of ways then is a disease of unhappiness and protest against the present state of things.

"Left alone, the body can defend itself against any disease, but it cannot defend itself appropriately against an exaggerated general fear of disease on the individual’s part. It must mirror your own feelings and assessments. Usually, now, your entire medical systems literally generate as much disease as is cured — for you are everywhere hounded by the symptoms of various diseases, and filled with the fear of disease, overwhelmed by what seems to be the body’s propensity toward illness — and nowhere is the body’s vitality or natural defense system stressed."

Marianna
I am here to share with you successes and pitfalls of "I create my reality" journey. As well as tricks that work. Getting settled in a new country (USA), mastering new skills (sewing, art), looking for likeminded people.